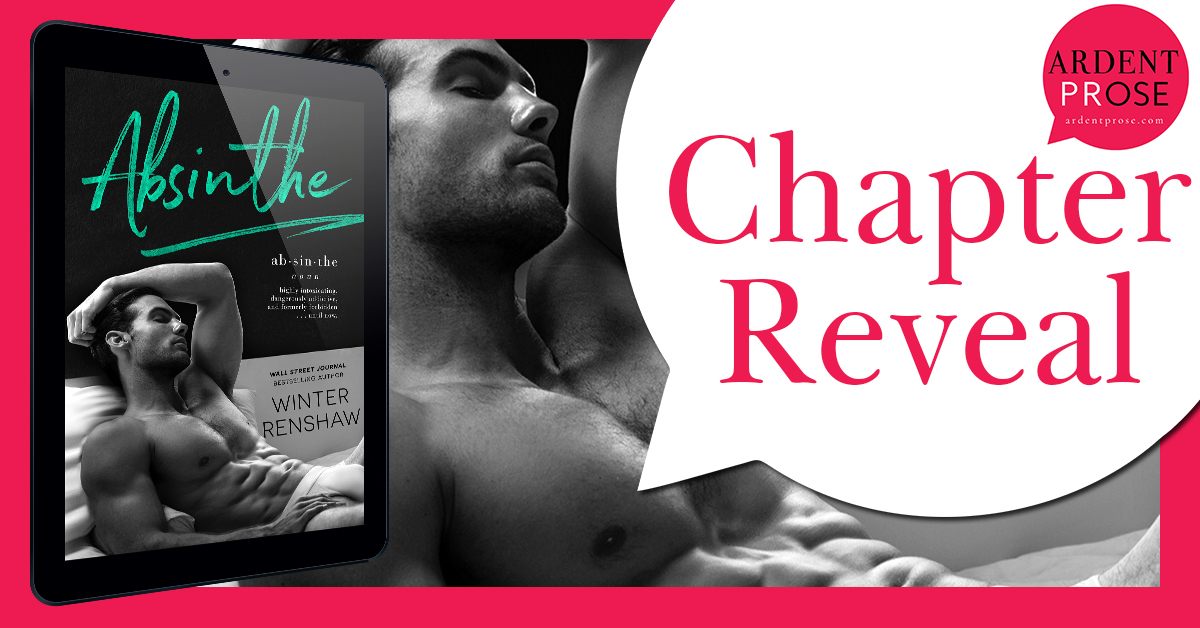 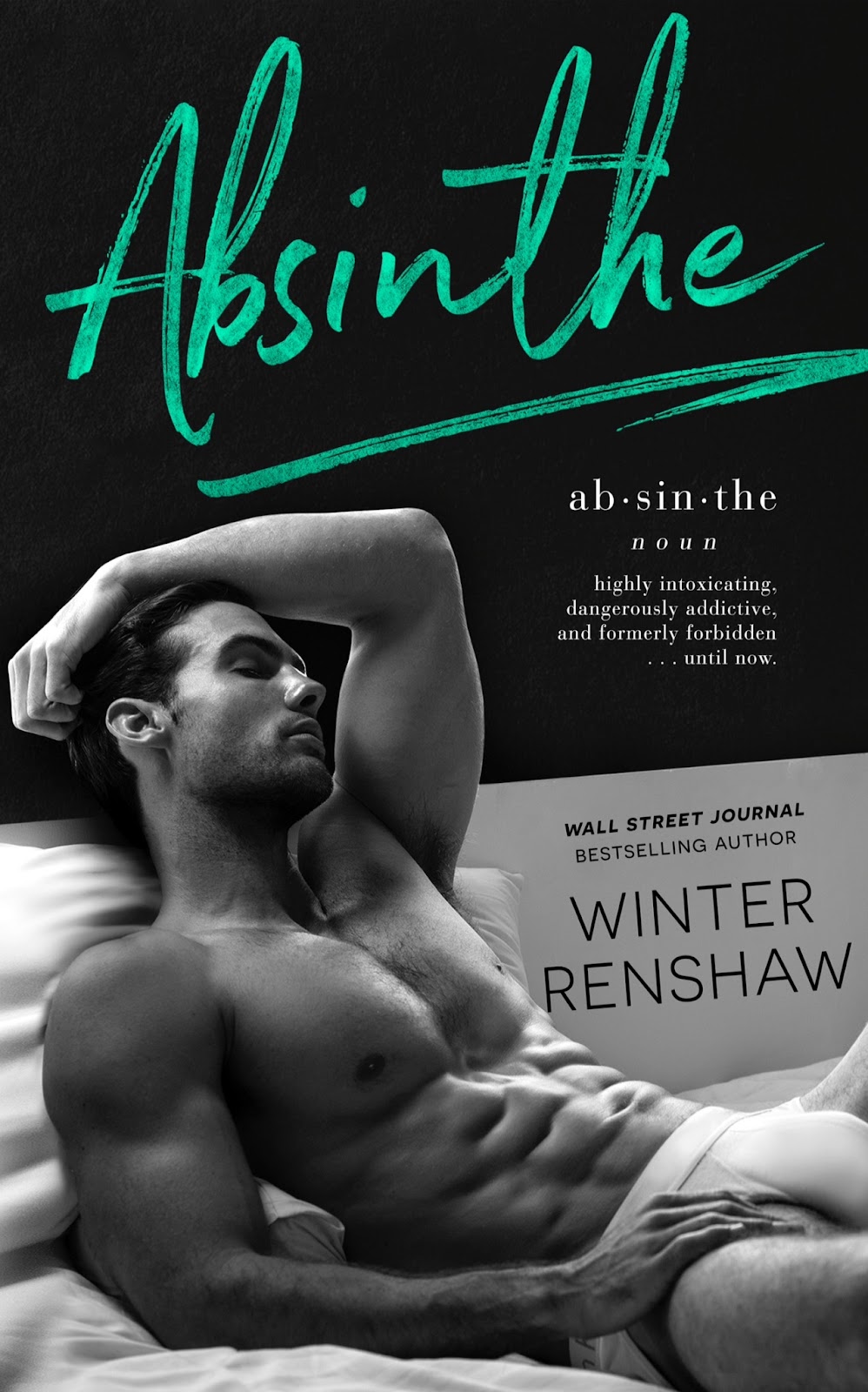 The name on the screen was “Absinthe.”I knew her as the sultry voice blowing up my phone for late night chats about Proust and Hemingway interspersed between the best phone sex I never knew I could have. We’d never met. Until the day she walked into my office, her cherry lips wrapped around a candy apple sucker and an all too familiar voice that said, “They said you wanted to see me, Principal Hawthorne?”
Coming August 8th

Prologue Ford “You wanted to see me, Principal Hawthorne?”I know that voice. I’d know it anywhere.Glancing up from my desk, I find a girl in skintight athletic leggings and a low-cut tank top standing in my office doorway, her full lips wrapped around a shiny sucker and a familiar electric jade gaze trained on me.It’s her.The woman I spent most of all summer chatting with under the anonymous veil of a dating app—one in specifically meant for adults seeking connections but not commitment. I purchased a stock photo for seven dollars, chose a pseudonym, Kerouac, and messaged a woman by the name of Absinthe who quoted Hemingway in her bio when everyone else quoted Nickelback and John Legend.Fuck.Me.“You must be Halston.” My skin is on fire. I stand, smooth my tie, and point to the seat across from me. I never knew her name, but I’d know that voice anywhere. I can’t even count how many times I came to the sound of her breathy rasp describing all the wicked things she’d do to me if we ever met, reading me excerpts from Rebecca. “Take a seat.”She takes her time pulling the sucker from her mouth before strutting to my guest chair, lowering herself, cleavage first, and crossing her long legs. The tiniest hint of a smirk claims her mouth, but if she knows it’s me, she’s sure as hell not acting like it. “You want to tell me what happened with Mrs. Rossi?” I ask, returning to my seat and folding my hands on my desk.I may be a lot of things; overconfident prick, allergic to commitment, red-blooded American man …But I’m a professional first.“Mrs. Rossi and I had an argument,” Halston says. “We were discussing the theme of The Great Gatsby, and she was trying to say that it was about chasing the elusive American dream. I told her she missed the entire fucking point of one of the greatest pieces of literature in existence.” She takes another suck of her candy before continuing, then points it in my direction. “The real theme has to do with manipulation and dishonesty, Principal Hawthorne. Everyone in that book was a fucking liar, most of all Jay, and in the end, he got what he deserved. They all did.”My cock strains against the fabric of my pants. It’s her voice. It’s her goddamned sex-on-fire voice that’s doing this to me. That and her on point dissection of classic American literature. Sexy, intelligent, outspoken. Three elusive qualities I’ve yet to find in another human being. Until her. And knowing that now, I couldn’t even have her if I wanted her, isn’t doing me any favors. If I don’t compose myself, I’m going to be hard as a fucking rock.“Language,” I say. The room is growing hotter now, but I keep a stern, undeterred presence.She rolls her eyes. “I’m an adult, Principal Hawthorne. I can say words like fuck.”“Not in my office, you can’t.” I exhale. “And not in class either. That’s why Mrs. Rossi sent you here.”“The jackass behind me was drawing swastikas on his notebook, but I get sent down here for saying ‘fuck.’” Her head shakes.“I’ll discuss that with Mrs. Rossi privately.” I scribble a note to myself and shove it aside.“You’re really young for a principal.” Her charged gaze drags the length of me. “Did you just graduate from college or something?”Six years of school and two years of teaching place me in the budding stages of a career shaping and educating the minds of tomorrow’s leaders, but I refuse to dignify her question with a response.“My age is irrelevant,” I say.“Age is everything.” She twirls a strand of pale hair around her finger, her lips curling up in the corners. The cute-and-coy shtick must work on everyone else, but it’s not going to work on me. Not here anyway. And not anymore.“I said my age is irrelevant.”“Am I the first student you’ve ever had to discipline?” She sits up, crossing and uncrossing her legs with the provocative charm of a 1940s pin up. “Wait, are you going to discipline me?”I take mental notes for her file.–       Challenges authority–       Difficulty conducting herself appropriately–       Possible boundary issues“I’m not going to punish you, Halston. Consider this a verbal warning.” I release a hard breath through my nose as I study her, refusing to allow my eyes to drift to the soft swell of her breasts casually peeking out of her top. Knowing her so intimately over the phone, and being in her presence knowing she’s completely off limits, makes it difficult to maintain my unshaken demeanor. “From now on, I’d like you to refrain from using curse words while on school grounds. It’s disruptive to the other students who are here to actually glean something from their high school education.”“I don’t know.” Her lips bunch at the corner, and she fights a devilish grin. “I mean, I can try, but ‘fuck’ is one of my favorite words in the English language. What if I can’t stop saying it? Then what?”“Then we’ll worry about that when the time comes,” I say.“You could always bend me over your knee and spank me.” She rises, wrapping her lips around the sucker before plucking it out of her mouth with a wet pop. “Or maybe you could fuck my brains out and break my heart.”“Excuse me?” My skin heats, but I refuse to let her see that she’s having any kind of effect on me.“You’re him,” she says, as if it’s some ace she’s been keeping up her sleeve this entire time. “You’re Kerouac.”I’m at an extraordinary loss for words, trying to wrap my head around all the ways this could go very fucking wrong for me.

Wall Street Journal and #1 Amazon bestselling author Winter Renshaw is a bona fide daydream believer. She lives somewhere in the middle of the USA and can rarely be seen without her trusty Mead notebook and ultra portable laptop. When she’s not writing, she’s living the American dream with her husband, three kids, and the laziest puggle this side of the Mississippi.
And if you’d like to be the first to know when a new book is coming out, please sign up for her private mailing list here —> http://eepurl.com/bfQU2j
Author Links
Goodreads Facebook  Amazon

Laurelin Paige is proud to launch the first book in The Ryder Brothers, the first series in her new Spark line! Short, steamy sparks of romance, […]