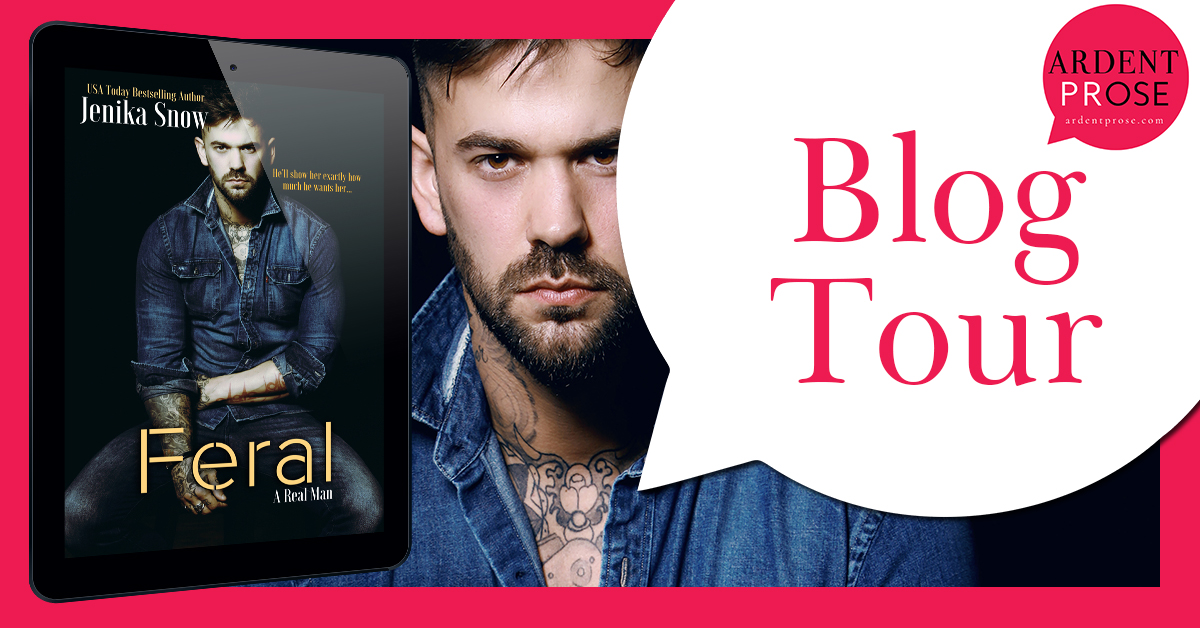 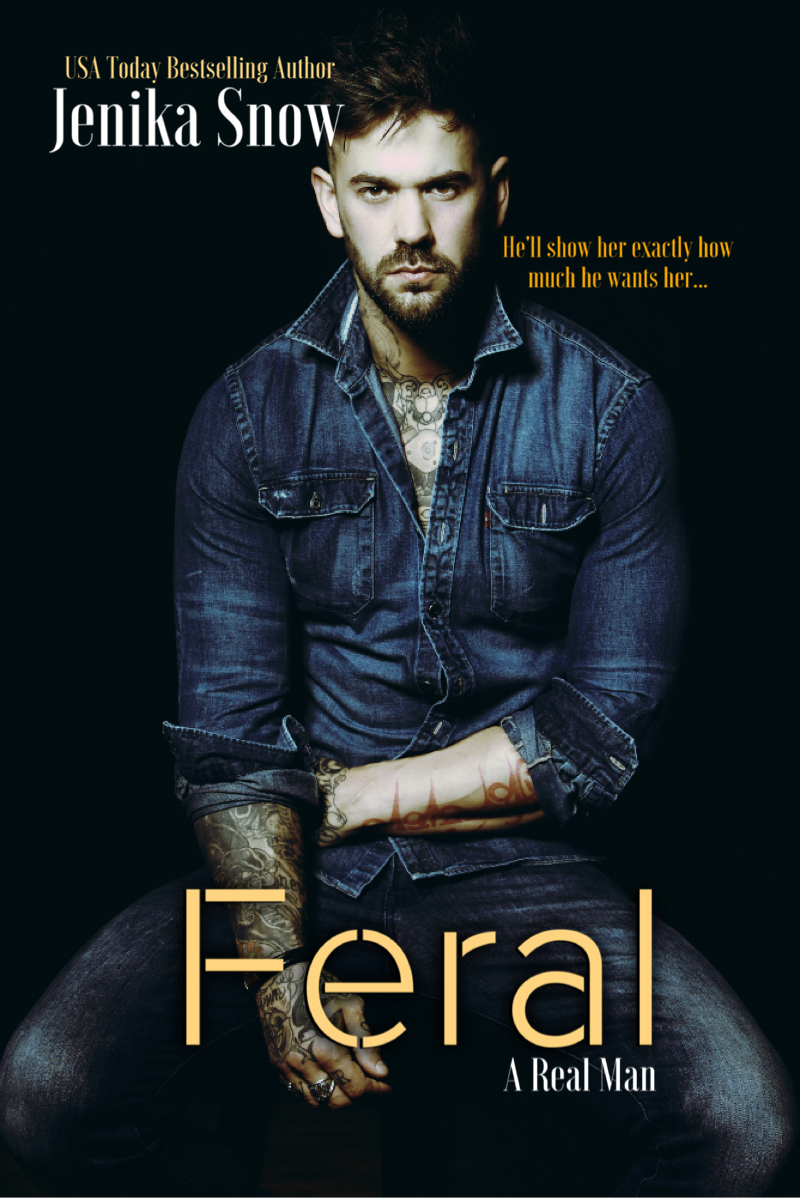 She’s about to find out exactly how much he wants her…LEXII’ve been fascinated with him for years.He’s wild and lives alone, and everyone has been smart enough to keep their distance.Except me, that is.Until now.I see something in him that I see in myself, and I want to explore that. He’s untamed and raw, and maybe dangerous.But that’s exactly what I need.It’s what I want.DILLONShe shouldn’t have come to me, but now that she’s here, I can’t let her go.I don’t do well around others, so going off the grid has been for the best.What Lexi doesn’t know is that I’ve noticed her for years and wanted her as mine for just as long. It would be safer if I kept her at a distance, which I’ve managed to do … but I can’t anymore.I won’t.I hope she’s ready to be mine, because she’s about to see exactly how feral I can be where it concerns her.Warning: This book is wild and dirty, short and smutty. Sure, it’s unbelievable, and features a celibate recluse who will make the woman he wants his at all costs, but who doesn’t like it that way? If you are into an over the top alpha hero, and some filthy goodness, dive in.

Showing emotion was never something I was good at. “Did you eat the granola and fruit I set out for you?” I stepped farther into the cabin. I wanted her to get her strength up.She’ll need all the strength she can get for what I have planned.It was just that one thought that broke through my carefully placed control. My cock jerked behind my jeans, and I willed the fucker to stay down.I watched her as she went over to the table and started picking things up, presumably to put them away.“Leave them,” I said, harder than I’d intended. She instantly froze, then took a step back. My cock jerked again at the fact that she obeyed so well.I moved closer, stalking her, my focus solely on the way she reacted to me right now. I saw the beat of her pulse under her ear. It was rapid, frantic. I saw the way she breathed harder, faster. I looked down to see her twisting her fingers together, her nervousness tangible.“You killed a deer this morning?” she asked, her voice shaking slightly.I was pretty sure there was nothing but arousal coming from her. It was the way she looked at me, and she wasn’t very good at hiding her emotions.
Her facial expression spoke volumes, and I fucking loved it.“Yes. I left you sleeping early this morning. I needed the meat to store for winter.” It was cold as fuck out, and it would only get worse with each passing day. This type of living didn’t have me stocking my freezer with prepackaged meat.I went out and killed for it.I moved a step closer. I’d left her sleeping in my bed while I went out, but truth was I’d wanted nothing more than to slip in beside her, remove her clothing, and spread her legs before plunging my cock into her tight heat.Giving up my bed and sleeping on the couch was a hardship only because I wanted beside her so damn badly.I want in her.Fuck, I was harder than granite, and when I saw Lexi look down at my crotch, I knew there was no trying to hide that I wanted her.I don’t want to hide it, because right now she’s going to know exactly what I desire.“There are some things that need to be said,” I told her, moving another step closer.
She nodded and licked her lips, and I stared at the pink plumpness of her mouth. Filthy images slammed into my mind: her lips wrapped around my dick, her jaw wide to take the length and girth.Shit, I could practically feel the tip of my shaft hitting the back of her throat as I face fucked her. I’d own every part of her. I’d claim her cunt, make her ass mine. I’d come on her belly and watch as she rubbed it in, marking herself with my spunk, smelling like me.“And when I tell you these things, you’re going to have to make up your mind on what you want to do.” I clenched my hands at my sides, the desire to just go up to her, strip her of her clothes, and lift her up and over my shoulder, riding me hard.I visualized my hand going down on her ass, making the mound shake and turn red. My handprint would stay on her flesh as I fucked her, but she’d like that. She’d want more of it.“Okay,” she finally said, whispering the word.Yeah, once I finally told her everything, admitted who I was and what I wanted, we’d see exactly how far she was willing to go. 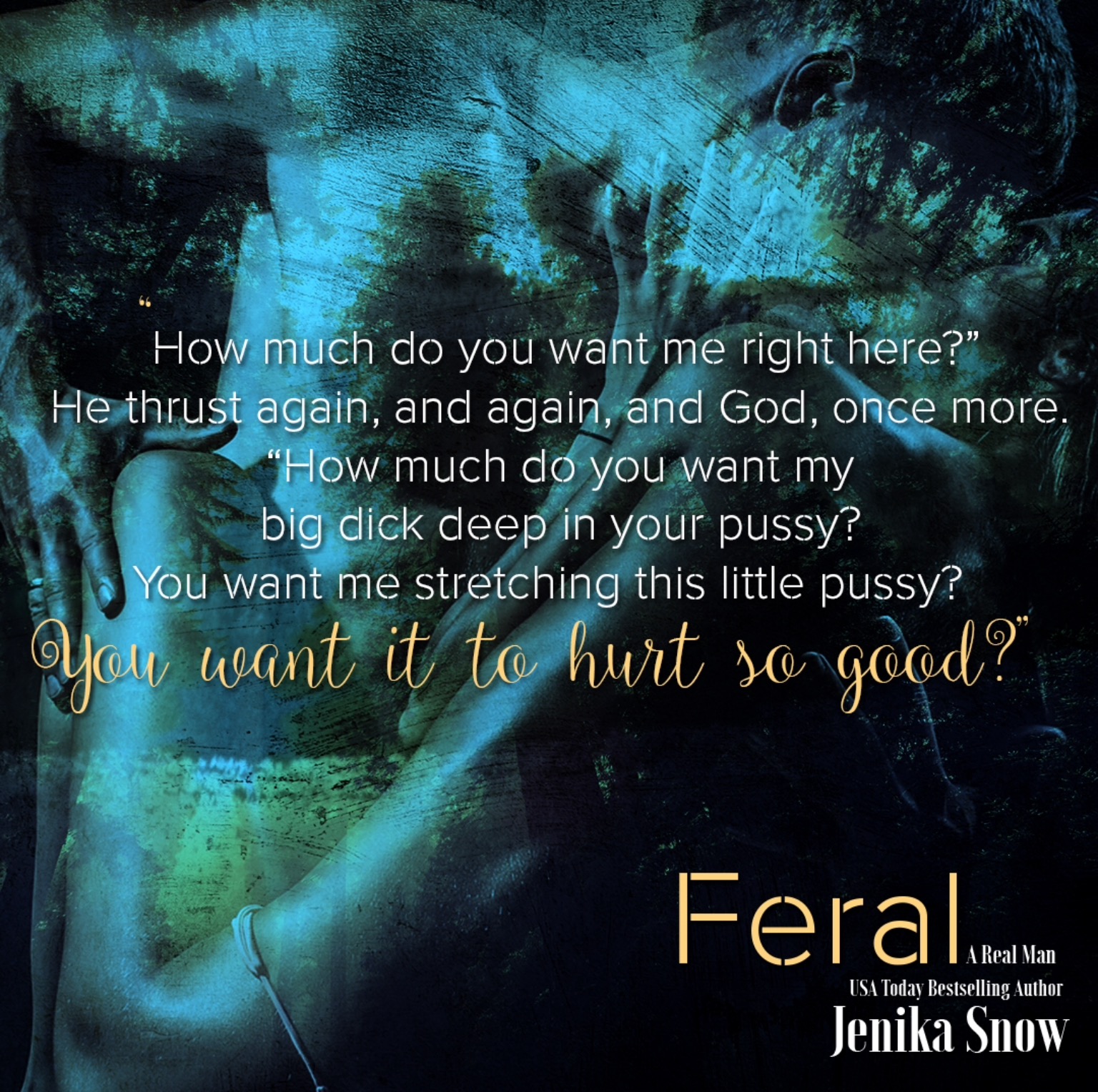 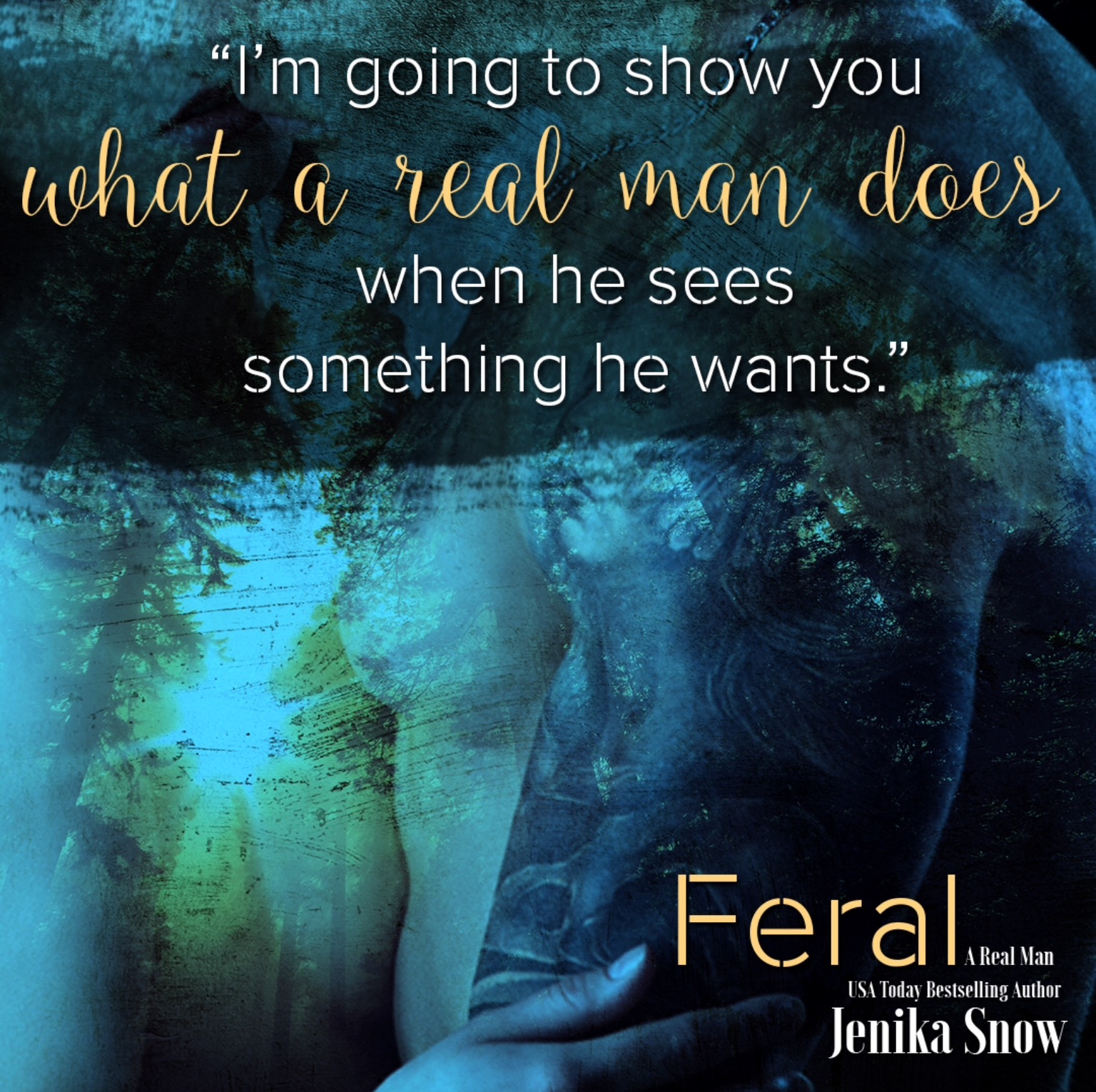 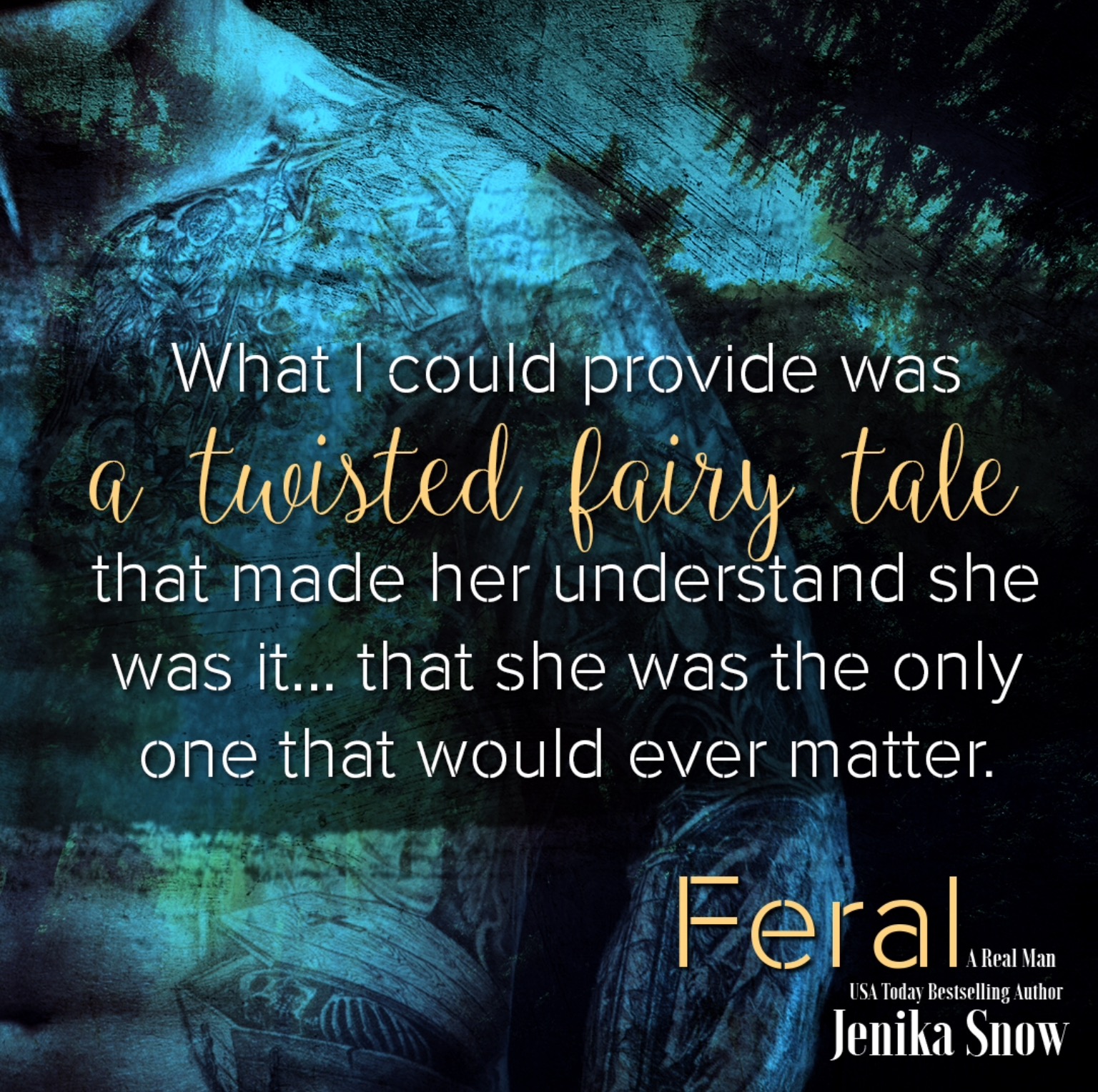