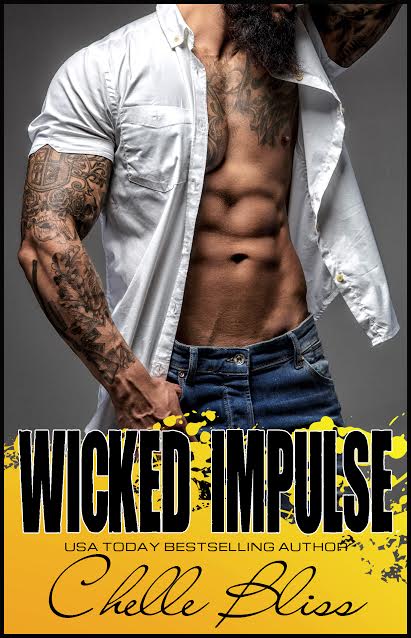 ➡WICKED IMPULSE CAN BE READ AS A STANDALONE⬅

Didn’t read the previous ALFA P.I. books, but you’re dying to read Bear’s story?
GREAT NEWS… YOU CAN! Wicked Impulse can be read as a standalone.

ALFA Private Investigations is a spin-off of the Men of Inked series, but can be read separately.
**Includes a BONUS novella – Men of Inked Christmas**

There’s only one thing worse than dating a friend’s sister sleeping with his mother.

Fran DeLuca’s known for her bossy, overbearing personality almost as much as for her love of nylon tracksuits. But when someone runs off with fifty thousand dollars, she becomes involved in an ALFA investigation and catches the eye of silver fox biker, Bear.

When the money trail leads closer to Fran than expected, Bear takes charge of the investigation and will do anything to protect her. Can Bear track a thief, claim Fran, and keep Morgan DeLuca in the dark long enough to solve the case?

Wicked Impulse is book 3 in the ALFA PI series and includes a BONUS novella – Men of Inked Christmas.

Chelle currently lives near the Gulf of Mexico and is a full-time writer, time-waster extraordinaire, social media addict, and coffee fiend.